The Street Bombardier slashes outlook; pursues ways to boost balance sheetBombardier is cutting its full-year revenue and adjusted profit forecasts and warning of much deeper cash burn, mostly tied to setbacks in its rail division. The company is also considering pulling out of its A220 partnership with Airbus. Chris Blumas, portfolio manager at GlobeInvest Capital Management, weighs in on what he calls a “pretty dramatic turn of events.”

Bombardier Inc.’s deal with Airbus SE to rescue its long-delayed and over-budget jetliner program was supposed to be a lifeline for the struggling manufacturer. Now the Canadian company is rethinking the joint venture, pushing the iconic train and plane maker to the brink once more.

The shares posted their biggest loss ever — Bombardier is almost a penny stock again — and bonds tumbled after the company said it was reassessing the A220 jet program with Airbus. Costs for the new plane are rising, and the goal of breaking even may come later than expected, likely prompting a writedown when Bombardier reports earnings next month.

“The joke continues,” said John O’Connell, chief executive officer of Toronto-based Davis Rea Ltd. “This company has been a disaster my whole career and I’m almost ready to retire.”

The possible retreat from the A220 program, formerly known as the C Series, could be another blow to Bombardier’s efforts to increase cash flow to help pay down its US$10 billion debt load. The company has already sold assets in recent years to tackle its debt, including pending deal for its CRJ jet unit with Mitsubishi Heavy Industries Ltd.

Karl Moore, professor of business strategy at McGill University, joins BNN Bloomberg to react to Bombardier slashing its outlook, warning on cash burn and considering pulling out of the A220 partnership with Airbus. He says that CEO Alain Bellemare has done an excellent job in a tough turnaround for the business.

The delays and slow sales forced Bombardier to announce thousands of jobs cuts in 2016, with doubts over the future of the company pushing the stock to as low as 72 cents. The government of Quebec was forced to step in, investing US$1 billion for a 49 per cent stake in the C Series.

On Thursday, Bombardier tumbled anew, dropping 32 per cent to $1.22 at the close in Toronto. The shares are now at the lowest level in almost four years and the company’s market value is only about $3 billion (US$2.3 billion)..

The deal with Airbus was an elegant solution. Though Bombardier received no upfront cash for ceding its controlling stake, it allowed Bombardier to offload the risk and additional costs of developing the A220. But the latest financial plan calls for more cash to support the ramp-up, pushes out the break-even timeline, and generates a lower return over the life of the program, Bombardier said in a statement Thursday.

With few other assets left to sell, Bombardier may struggle to keep everything going. One of its two remaining businesses — rail equipment and private jets — may have to go, Karl Moore, an associate professor at McGill University in Montreal, said in an interview with BNN Bloomberg.

“Then you become a pure play of either transportation on the train side, or business jets,” he said. “It’s a big dramatic move for sure but one that might be necessary to solve the cash flow issue. I think that’s the question they’re giving some serious thought to right now.”

The potential end of Bombardier’s involvement in the A220 program is combining with continued woes in the company’s rail business to undermine a once-great name in manufacturing.

The company said fourth-quarter sales would be US$4.2 billion, trailing the lowest analyst estimate in a survey by Bloomberg. The results were dragged down in part by new challenges in the company’s rail division. Bombardier said it would take a US$350 million accounting charge because of problems in London, Switzerland and Germany.

Liquidity remains strong, with year-end cash on hand of roughly US$2.6 billion, Bombardier said. But the company is considering alternatives to accelerate its deleveraging and strengthen its balance sheet.

“The final step in our turnaround is to de-lever and solve our capital structure,” Chief Executive Officer Alain Bellemare said in the statement. “We are actively pursuing alternatives that would allow us to accelerate our debt paydown.”

For Mark Carpani, a partner at Ridgewood Capital Asset Management, a larger selloff on the bonds could be a buying opportunity.

“Despite the equity reaction, the debt has a high probability of being paid in the short term,” he said.

The company is scheduled to report full earnings Feb. 13. 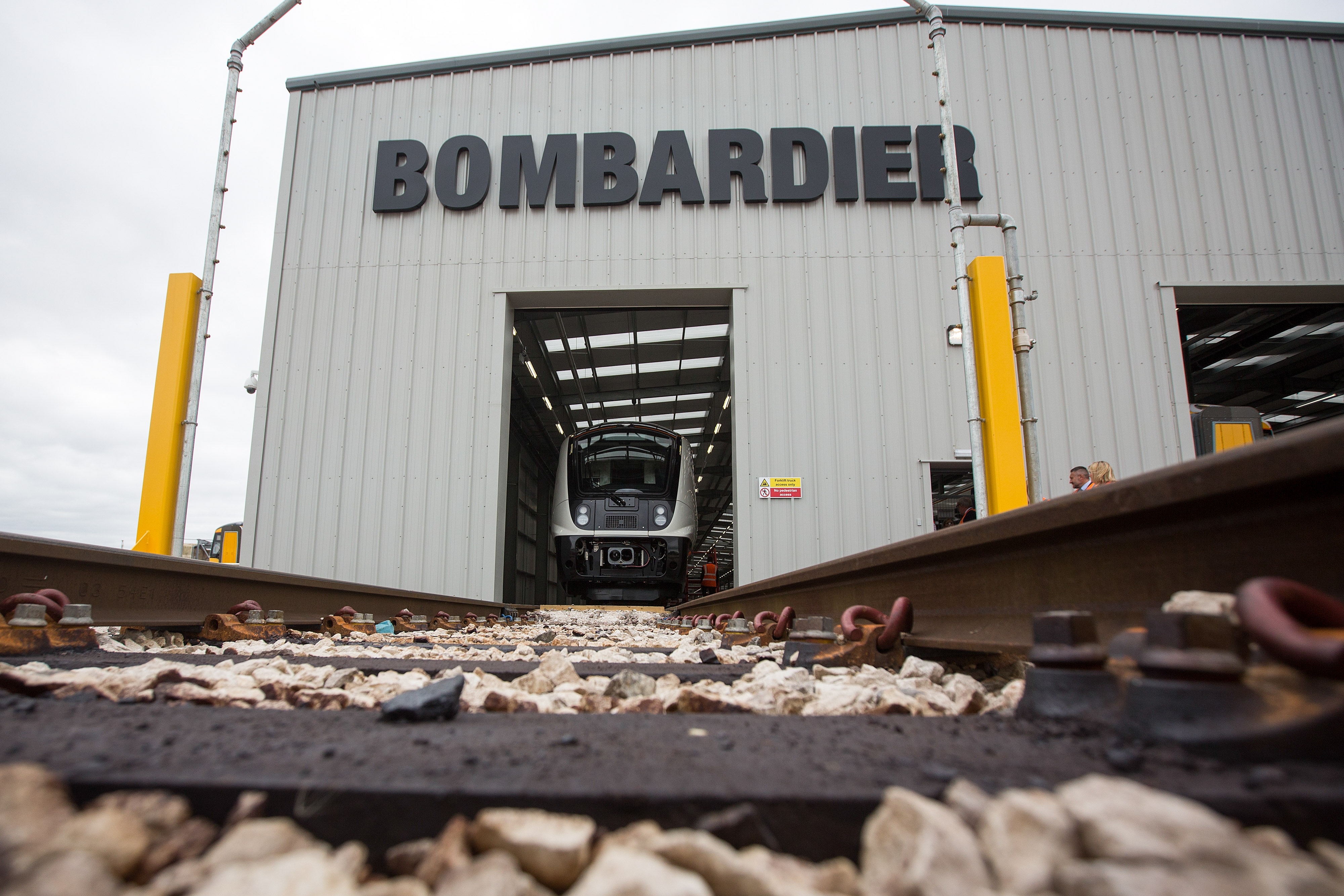 Airbus said it would continue funding the A220 program “on its way to break-even.” The European aerospace giant owns a 50.01 per cent stake in the regional jet, with Bombardier retaining 31 per cent and state-backed Investissement Quebec holding some 19 per cent.

Bombardier agreed to fund cash shortfalls for the program up to a maximum of $350 million in 2019, and $350 million cumulatively in 2020 and 2021, according to a press release announcing the venture in June 2018. Any excess shortfalls would be shared by the shareholders, the statement said.

Quebec’s economy and innovation minister declined to comment, according to a representative.

The jet added 63 orders in 2019, with 105 currently in service and a backlog of close to 500 planes. Airbus will begin producing the A220 on a second assembly line this year at its factory in Mobile, Alabama.