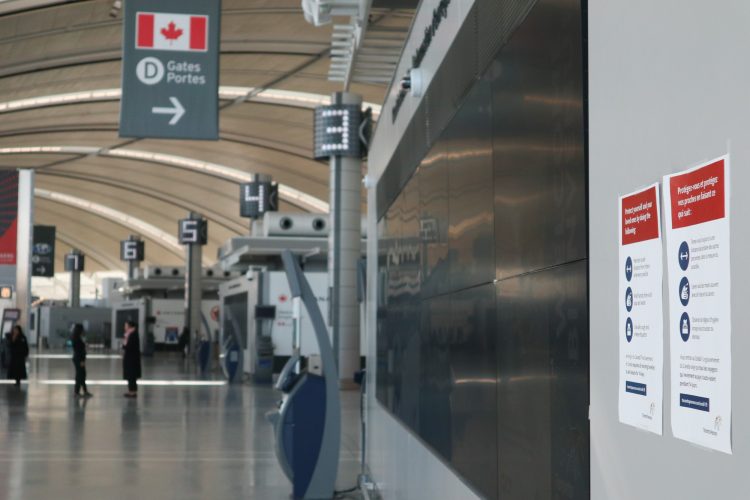 Pearson International Airport officials are limiting the number of people who will be allowed to enter the terminal starting next week.

According to a directive sent by the Greater Toronto Airport Authority, “meeters and greeters” will not be allowed to accompany passengers arriving and/or leaving in to the airport. An exception will be made for anyone who is travelling as an unaccompanied minor or assisting anyone with disabilities.

The restriction also applies to those individuals who work at Pearson.

All airport workers are asked to maintain a two metre distance between colleagues and passengers wherever possible in the terminal.

Also as of June 1, all passengers and airport workers will be required to wear a face covering at all times when in public areas of the airport including security screening, parking facilities, sidewalks and curbs outside the terminal and other outdoor public areas.

The directive says you may be asked to remove the face covering for identification purposes or if you are seated and physically distanced when eating or drinking.

Since April 20, people flying to or from Canadian airports have been required to wear face covering following a Transport Canada directive.

When it comes to enforcing the new measures, the GTAA says Peel Regional Police, security guards and the airport’s public safety officers will be “politely educating” staff and passengers who are not following the new requirements.