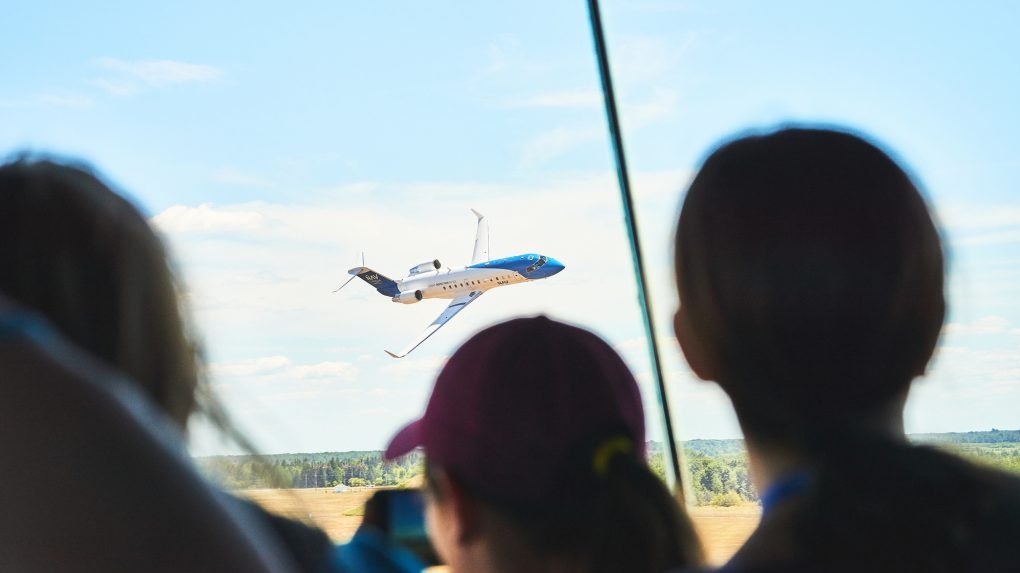 Nav Canada says the inspection flights have a history of raising alarm among witnesses but there is no reason to be concerned. (Nav Canada)

VICTORIA — Planespotters in Nanaimo may see an unusual aircraft flying low and erratically over the Harbour City on Wednesday.

The large blue and white plane will be conducting safety assessments of the Nanaimo harbour airport for Nav Canada, the operator of the country’s civil aviation navigation system.

The Bombardier CRJ-200 airplane is expected to make several passes over the city around noon, weather permitting. The plane will remain in the region for about 15 minutes.

Nav Canada says the inspection flights have a history of raising alarm among witnesses but there is no reason to be concerned.

“For most people, the sight of an aircraft descending and making numerous gear-up approaches to a runway is unusual and may suggest that the flight is in distress,” the aviation agency says in a blog post about the flights.

“This is simply a routine operation that ensures the accuracy and safety of the country’s navigation aids and instrument approach procedures,” Nav Canada says. “If you see a plane making multiple low passes over a runway with its wheels up, one could easily assume that plane can’t land because of malfunctioning landing gear.”

The inspection aircraft are crewed by specially trained pilots and flight inspectors and the aircraft are equipped with technology to measure and calibrate an airport’s electronic navigation and landing aids.

“The next time you see a blue and white plane banking hard, going in circles, swiftly changing altitudes and approaching the runway without landing, don’t be alarmed,” the aviation agency says. “It’s just Nav CANADA’s flight operations team making sure our navigation aids are accurate and safe.”

Nav Canada operates two flight inspection aircraft based out of Kelowna and Ottawa.