From Huddle.Today – link to source story 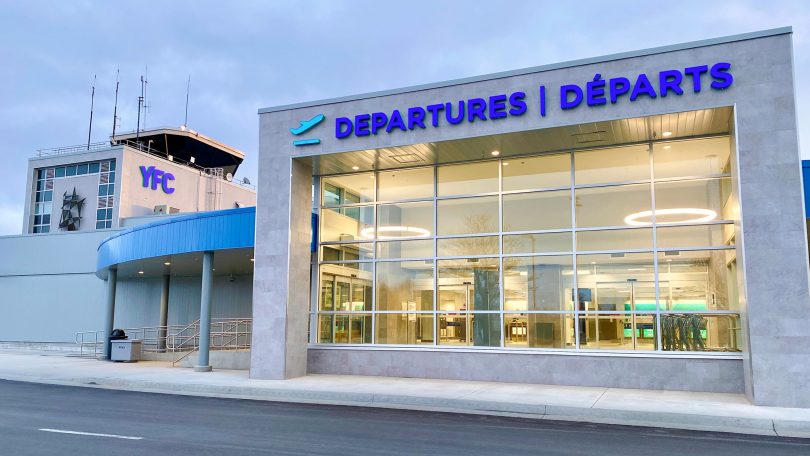 FREDERICTON —The Fredericton International Airport lost around $2.6 million last year, but its leadership is confident business will soon return to where it was pre-Covid-19.

Those were the key messages shared at the airport’s annual general meeting, held through Facebook Live on May 14.

Johanne Gallant, president and CEO of the airport, said the authority started its first quarter on a “very good note,” but that changed in March 2020 when Covid-19 forced companies like Porter Airlines and Air Canada to ground or drastically reduce flights.

Gallant said passenger traffic in Fredericton’s terminal dropped significantly, going from approximately 427,000 passengers in 2019 to around 103,000 passengers in 2020. She expects that number to be lower this year due to pandemic-related travel restrictions.

“But we’re being very optimistic right now with the vaccination rollout that these flights will be back in no time, hopefully this summer,” said Gallant.

Kenny Kyle, chair of the audit committee and board of directors member, said the surplus of $2.6 million the airport saw in 2019 turned into a deficit last year. The change, which sits around $5.2 million, is a result of a $7.5 million drop in revenue, ranging from passenger terminal fees to concessions.

Despite receiving government subsidies, Kyle said it “fell well short” of what was needed to recover operational losses. As a result, the airport looked at ways to handle its budget, which involved restricting spending to essentials, using capital project funds and reducing its workforce.

But one of the silver linings of the pandemic, according to Gallant, was the recent expansion of the airport’s terminal, which finished ahead of time and under budget. Gallant said there were few delays in the project because the authority hired local companies that didn’t need to worry about health restrictions.

The airport also acquired new funding that will go towards two new fire trucks in addition to airfield electrical work. Part of that money, estimated to be around two to three million dollars, comes from Transport Canada’s Airport Relief Fund. The news comes as the Saint John Airport announced last week it’ll receive around $1 million.

While the airport had fewer passengers, public relations and marketing manager Kate O’Rourke said it has been busier than ever.

The airport was the first in New Brunswick to receive Airport Council International’s health accreditation after implementing Public Health measures. The honour means it follows the best practices “for the pandemic era.”

O’Rourke also announced the airport is pleased that Newfoundland and Labrador’s PAL Airlines will begin offering flights this summer. She said this is a service passengers have requested prior to the pandemic and is a great opportunity to explore the Atlantic bubble once it opens.

“We’re working hard to build this business back so that we welcome back our colleagues and our travellers when the time is right,” said O’Rourke.

“We know how to grow and we’re going to do that again once this pandemic is over.”

Aaron Sousa is a summer intern for Huddle.