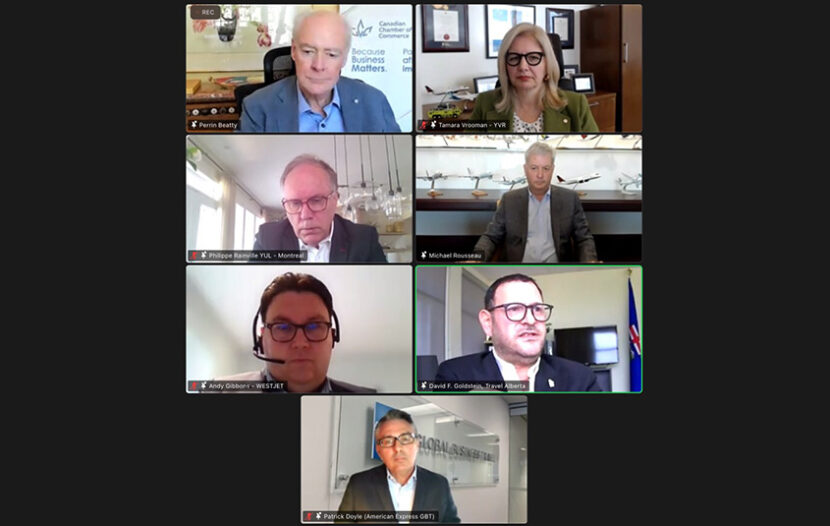 “We’re a business based on runways”: Air Canada, WestJet join other industry players calling for a roadmap for recovery

TORONTO — The urgent need for a clear roadmap for Canada’s recovery coming out of the pandemic, especially where travel is concerned, was underlined by a panel of travel industry executives including Air Canada’s President and CEO Michael Rousseau and WestJet’s VP Government Relations & Regulatory Affairs Andy Gibbons at a webinar yesterday presented by the Canadian Airports Council (CAC).

Rousseau and Gibbons were joined on the panel by airport executives Tamara Vrooman (YVR) and Philippe Rainville (YUL), plus David Goldstein (Travel Alberta) and Patrick Doyle (American Express GTB). The panel was hosted by Perrin Beatty with the Canadian Chamber of Commerce and was part of the CAC’s 90-minute webinar on Air Travel Recovery in Canada.

While several provincial governments including Ontario, Quebec, B.C. and Alberta have come out with with step-by-step reopening plans, the federal government has not, said Beatty. “The Canadian Chamber of Commerce has been urging the government for a clear path for reopening,” he said. “But we’re still lacking a clear and predictable plan for the country.”

And as YVR’s Vrooman pointed out, a plan for reopening Canada’s borders isn’t just about the travel industry, it’s about Canada’s economic recovery overall. “I can’t speak strongly enough that this isn’t just related to our industry,” said Vrooman.

As the travel industry well knows, other countries and regions, including the U.S. and the EU, are reopening and, in the case of the EU and other countries, readying digital systems to confirm proof of vaccination, immunity through previous transmission of COVID-19, or negative tests.

Canada is working with its G7 counterparts to align Canada’s documentation with whatever systems are in place, as confirmed in recent months by Transport Minister Omar Alghabra and Health Minister Patty Hajdu.

Air Canada’s Rousseau stressed how important that alignment is for Canada’s recovery. “We have to get a solution on vaccine passports that’s coordinated with the G7 countries,” he said.

WestJet’s Gibbons summed it up: “All we really want is travel guidance based on the latest science. That’s what we want and that’s what we need.” Other countries have done that as a matter of course, said Gibbons, but “Canada has not.”

And as YVR’s Vrooman puts it, “We’re a business based on runways. What we need is a runway and a clear line of sight.”

After close to 15 months of an almost complete travel shutdown, it’s not just the airlines and airports calling for a reopening plan. “For the thousandth millionth time, give us a plan,” said Brett Walker, GM, Collette (Canada) earlier this month, echoing the frustrations of many retail travel agents, tour operators and other suppliers.

Here are some of the points from the CAC-commission whitepaper, presented during the webinar by Solomon Wong, CEO, InterVistas: