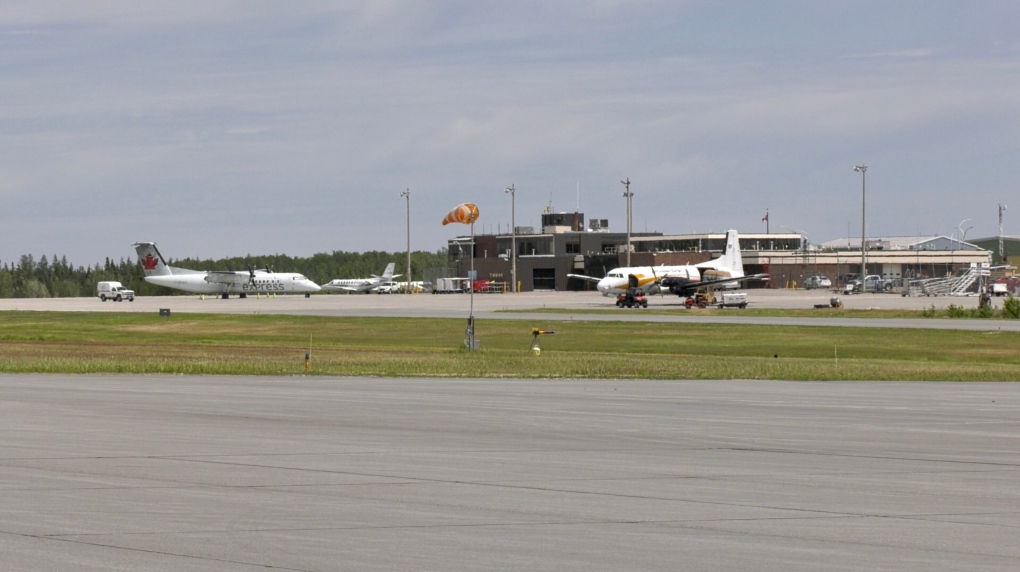 The rehabilitation and resurfacing of the runways and taxiways at the Timmins Victor M Power Airport cost 9.5 million dollars. Officials are now hoping to attract new developments at the facility. June 20/21 (Lydia Chubak/CTV News Northern Ontario)

TIMMINS — The city of Timmins can hear the wild blue yonder calling its name now that the re-paving of its runways and taxiways is complete.

The COVID-19 pandemic and deteriorating infrastructure have been some bumps in the road for the Timmins Victor M Power airport, but now that the 9.5 million dollar rehabilitation and resurfacing of its approximately forty kilometres of roadways there is done, officials are hoping it’ll be smooth sailing for a while.

“737s were in here before we started this work last year, said Dave Dayment, airport manager.

He said they charter forest firefighting personnel around.

“We have Hercules coming in here doing search and rescue … a Hercules could be well over 100-thousand pounds. So when we upgraded the runway and added (more asphalt) to it, it gave us a little longer lifespan.”

The federal government funded sixty per cent of the paving job and the airport paid the balance.  The airport is operated by the city of Timmins, but it’s on its own to pay its bills.

This is why Dayment said it’s import business resume as soon as possible and he said the new runways will help it land more contracts.

“A couple years we’ve been looking at to get some funding to do … a land use document for future planning.  If someone was to show up and wanted to build a hanger; ground base maintenance facility of some kind; industrial of some kind … we need to get an inventory of what we’re capable of doing.”

“I think you’ve heard me talk about the possibility of having carriers come here to go into the Caribbean and to get into other locations and with Timmins being the hub within northeastern Ontario, northeastern Quebec … we have to have the best possible airport.”

Pre-pandemic, the Timmins Victor M Power Airport checks in approximately one-hundred and eighty thousand passengers a year from around the region on:  passenger, cargo, evacuation, and air ambulance flights, to name a few.

Airport officials look forward to seeing additional flights when pandemic restrictions loosen, however they say that will depend on whether or not people resume travelling again.  Currently Dayment said most flights are mining related.

He said the airport’s next big project will be to develop the twenty-year strategic plan.