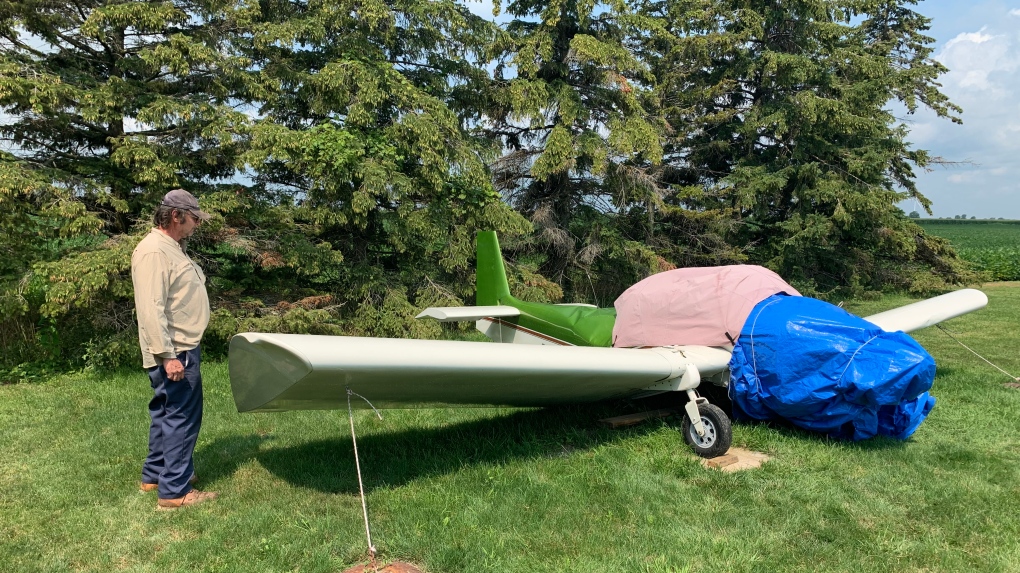 Jim Pollard owns the farm where the small plane flew from in Chatham-Kent on Wednesday, July 28, 2021. (Chris Campbell / CTV Windsor)

WINDSOR, ONT. — A Windsor pilot was not injured after making an emergency landing in Chatham-Kent and the property owner says the engine just quit.

Jim Pollard owns the farm where the small plane flew from. He says the pilot and owner keep their plane on his property which has a hangar and landing strip.

“The plane took off and the engine quit. Just stopped dead,” says Pollard.

Chatham-Kent police say a pilot from Windsor was flying in Chatham-Kent when his CH-601 aircraft engine failed around 8 p.m. Tuesday night.

“He landed it straight, pretty well straight ahead just like you’re supposed to and missed everything and just kind of arrived back at the ground a little abruptly,” says Pollard.

Pollard said he was first on scene and was able to help the pilot out of the cockpit without issue.

“Too bad for the damage to the plane, but that’s not too important compared to the injuries that you could get during something like that.”

The pilot declined to comment, but Pollard credits aviation training for avoiding a potential disaster.

“If an engine quits on takeoff, try not to hit anything hard and don’t try to turnaround back to the airport or anything like that and just fly the plane,” Pollard adds. “That’s drilled into you second nature.”

Pollard tells CTV News that Transport Canada conducted their investigation over the phone and that the plane now needs repairs.

“Transport Canada said we could pack it up and do what we wanted,” he says.