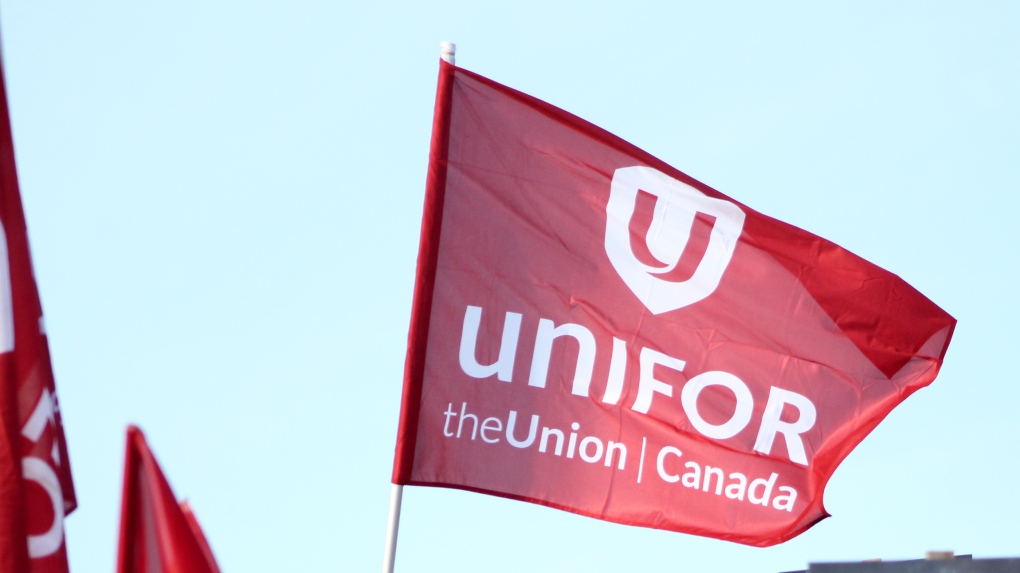 A Unifor flag seen at a rally in Regina. (Brendan Ellis/CTV News)

TORONTO — Unifor says members of two of its locals have ratified an agreement with Bombardier Aviation at its Downsview plant in north Toronto.

Unifor National President Jerry Dias says in a statement that the three-year collective agreement approved by members of Local 112 and 673 makes “significant progress” on key issues such as pensions, as well as on job protection against outsourcing and the use of contractors.

The workers launched a strike late last month against the business jet manufacturer and De Havilland, which it says had made Dash 8 turboprops at the facility.

But it says 700 De Havilland workers remain on strike as negotiations between it and the company continue, with a dedicated picket line in operation at the De Havilland area of the facility.

“As the industry recovers from this once-in-a-century pandemic and Bombardier prepares to move production to a new facility at Pearson Airport, these collective agreements will ensure our highly skilled members will maintain wages, pension, benefits and other working conditions that are among the best in the industry,” Dias said in the statement.

The union has said the future of the Dash 8 program is the focus of talks with De Havilland.

De Havilland announced earlier this year that it would no longer produce new Dash 8s at the facility beyond currently confirmed orders. De Havilland indicated two years ago that work will end at Downsview once lease agreements for the land expire.

This report by The Canadian Press was first published July 31, 2021.