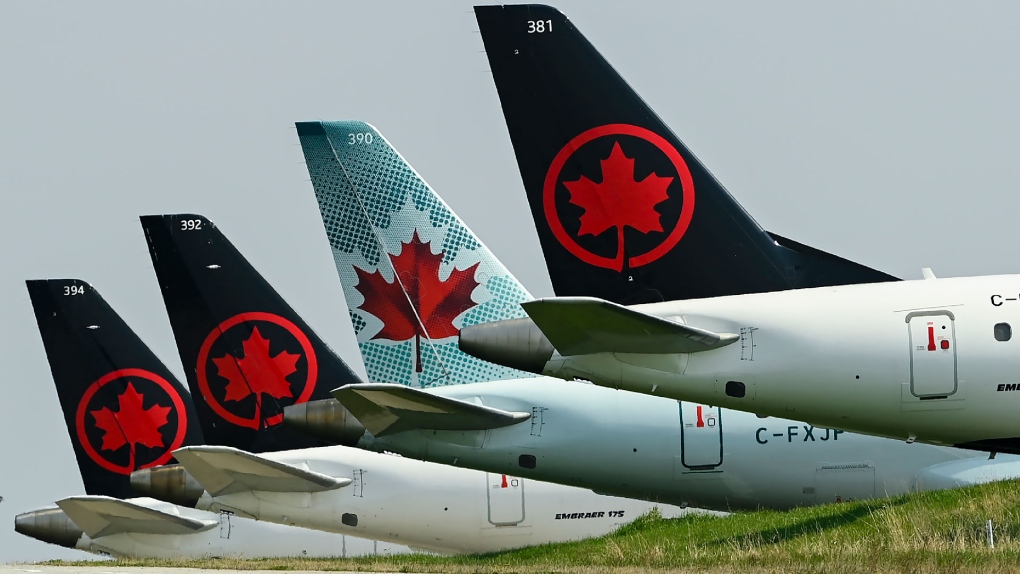 Grounded Air Canada planes sit on the tarmac at Pearson International Airport during the COVID-19 pandemic in Toronto on Wednesday, April 28, 2021. THE CANADIAN PRESS/Nathan Denette

TORONTO — The U.S. Department of Transportation’s Office of Aviation Consumer Protection (OACP) will settle with Air Canada for US$4.5 million after filing an action against the airline for its extreme delay in providing refunds for flights to and from the United States that were cancelled or adjusted early in the pandemic.

The settlement is the highest amount that OACP has received from a single airline, according to a press release from the U.S. Department of Transportation.

Part of the settlement is a US$2 million fine to be paid directly to the U.S. Treasury.

The complaint against Air Canada was first filed in June, and OACP was at first seeking a penalty of US$25 million. At the time of filing the action, OACP said it had received more than 6,000 complaints against Air Canada since March 2020 from consumers who had their flights changed at short notice and were denied a refund.

U.S. law states that airlines must provide refunds upon request if they significantly change a flight, and that refunds must be delivered within seven days of the request if the customer paid with credit, and 20 days if they paid with cash.

In total, the OACP stated that Air Canada had committed at least 5,100 violations, and that passengers were stuck waiting “anywhere from 5 months to 13 months to receive refunds.”

The original filing action also stated that Air Canada failed to make a good faith effort to process refunds when OACP announced that they were giving airlines more time to deal with the high volume of refund requests.

Air Canada initially stated it would be fighting the proceedings in June, saying the agency had not conducted a “well-reason analysis” of the regulations.

In the release announcing the agreement to settle, OACP stated that US$2.5 million will go towards refunding passengers who purchased a non-refundable ticket for a flight to or from the United States.

“Airlines and other sellers of airline tickets have a legal obligation to refund consumers if the airline cancels or significantly changes a consumer’s flight,” the release stated.

“OACP believes that this settlement is in the public interest, and that it serves to deter Air Canada and other carriers from committing similar violations in the future.”

With files from the Canadian Press