“Pivot your travel embodies our core belief that our launch markets reflect the global trend in regional travel,” explained Eric Edmondson, CEO of Pivot Airlines. “We believe that while Toronto Pearson is a world-class global hub, regional airports like the Region of Waterloo International Airport (YKF) offer a better, more seamless, and hassle-free alternative for regional travel.”

Pivot Airlines is a value carrier operating the world’s most popular series of regional jets, the Mitsubishi Canadair Regional Jet. Advanced booking sales will continue throughout the pre-sale period leading up to the launch with no fees on changes or cancellations; some conditions apply.

“We welcome Pivot Airlines to the Region of Waterloo. Many residents will benefit from this new service to Ottawa and Montreal,” said Regional Chair Karen Redman. “We believe this service will encourage investment and create jobs in our community. Every seat bought out of YKF strengthens our local economy. Construction is currently underway on a terminal expansion that will accommodate further growth and investment in the region.”

Headquartered in Toronto Pearson Airport, Pivot Airlines launched in June of 2020 during the height of the COVID-19 pandemic, where they focused on providing essential air service connecting healthcare and resource sector workers as well as supply chains across Canada and into South America. Pivot Airlines will continue to provide group charter flights from Toronto Pearson International Airport and the Region of Waterloo International Airport.

Pivot Airlines focuses on providing regional airline solutions to a variety of community partners and mainline carriers. Pivot also specializes in delivering complex and multijurisdictional charters to corporate and leisure clients, the resource sector, sports teams and governmental agencies. Pivot Airlines is headquartered at the Toronto Pearson International Airport and led by a management team with over 25 years of experience providing regional airline service and complex charter solutions.

About the Region of Waterloo International Airport (YKF)

The Region of Waterloo International Airport (YKF) is a full-service facility which supports commercial, corporate and general aviation. The airport is home to 25 businesses that employ 300+ people that together contribute over $90 million annually to the Region of Waterloo’s economy. YKF is owned and operated by the Regional Municipality of Waterloo, Ontario (Canada).

From CTV News – link to source story – Thanks PN 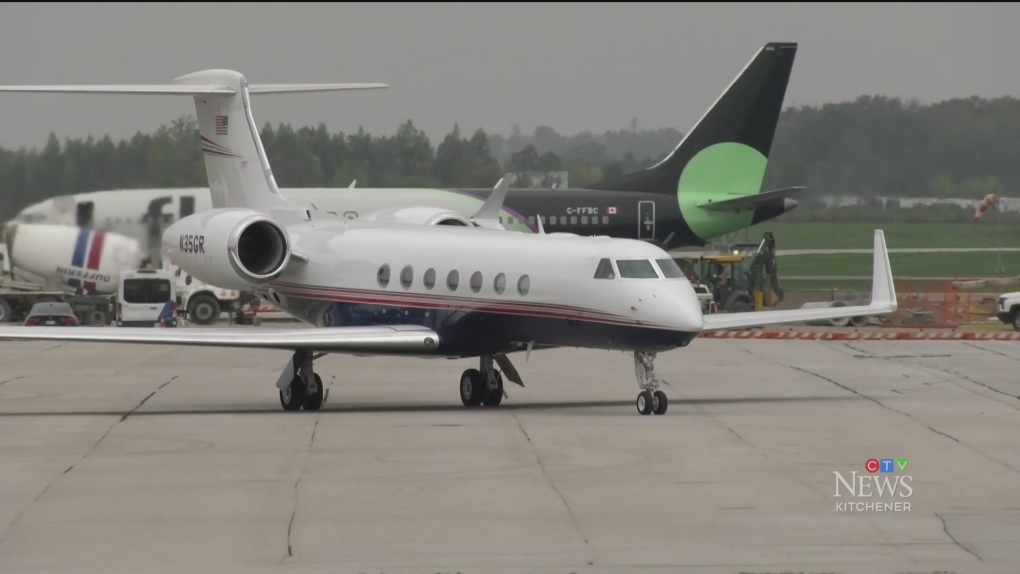 The project should see the airport double in size in the next six months in a bid to increase the number of passengers from 70,000 in 2019 to more than one million in 2023.

Region of Waterloo Chair Karen Redman, council, and staff celebrated the occasion Thursday by putting shovels in the ground.

“It is an exciting time for the region and today is an important milestone as the airport continues to grow and drive a thriving economy,” said Redman in a release. “Airline partners have recently announced an increase in destinations and frequency of flights, which will move the airport to the next level in world-class service. This will also provide more opportunities for the Region in terms of jobs and economic expansion.” 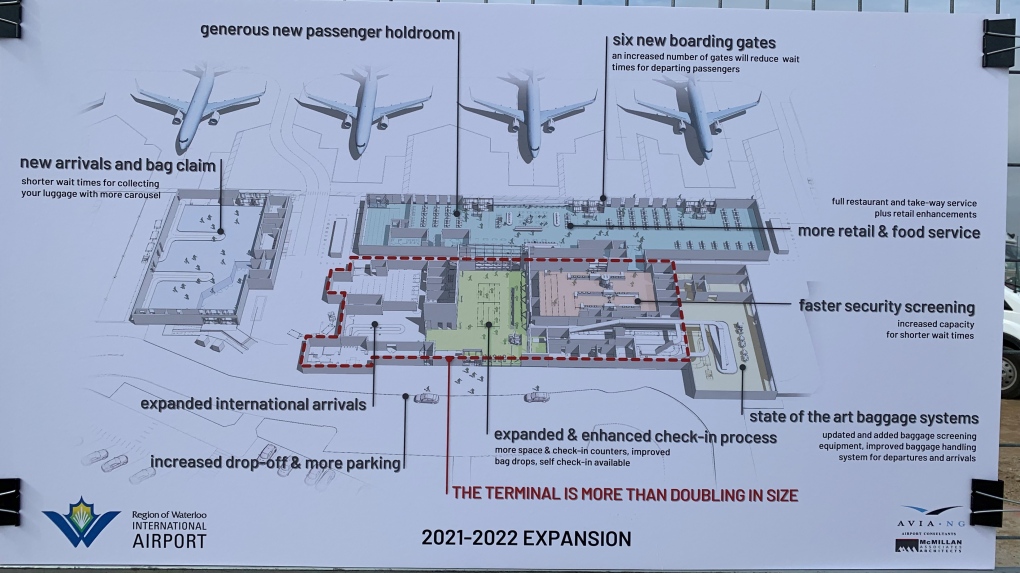 “The increased commercial service into our Region coupled with increased capacity gives our destination a competitive edge and bodes well for the strength and growth of the community,” said Minto Schneider, chief executive of Explore Waterloo Region.

Officials said the expansion, which is receiving $4 million from the federal government, will help drive economic growth in the region, create jobs and support tourism.

“This investment in the airport will help to ensure we are attracting people and companies to put down roots in Waterloo Region,” Redman said. “This growth is just the beginning as we build a community that is globally competitive and one of the world’s greatest places to live.”

Redman adds that about 80,000 passengers came through the airport in 2019, but that number is expected to grow by one million by 2023.

WestJet, Sunwing, Pivot Airlines, and Flair are all flying out of the regional airport, but plans are in the works for others to come.

“This has been successful, so this may see other airlines say okay maybe we should think about that,” said Chris Wood, the general manager for the airport.

In 2017, WestJet cancelled its weekly flight to Orlando due to demand issues, and in the summer Flair cancelled a number of flights out of the region’s airport as well.

“They’re not going to continue to lose money on routes that aren’t working,” said Wood. “You can now fly to Calgary. I think you could buy tickets today for $89. You could never do that before.”

The terminal expansion project is expected to be completed next spring, but the new arrivals building should be un and running by the end of 2021.