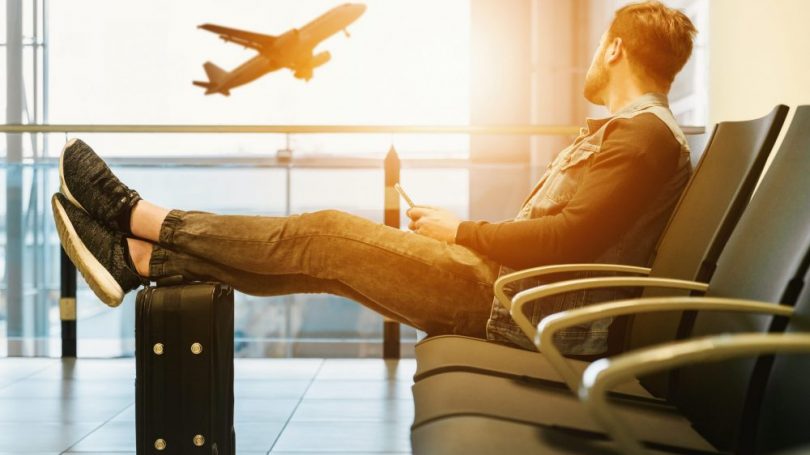 HALIFAX – The President and CEO of Flair Airlines is apologizing to Halifax passengers who were stranded after flights were cancelled, and the airline struggled to find accommodations. There were two such incidents in less than a week, that left passengers angry, confused, and reaching out to the media to share their stories.

“We apologize profusely to all of the customers who were disrupted recently, and there’s been quite a number; it’s not acceptable,” said Flair president Stephen Jones in an interview with Huddle. “The way that we have communicated in many cases has left people wondering what’s going on.”

“I also apologize to our staff for not having the right information in their hands to be able to provide customer service.”

Jones said, in the case of Monday’s cancelled flights and confusion, the company will be reaching out and offering $100 vouchers that can be used for Flair services.

Police Are Called to the Airport

If it wasn’t for the help of a Halifax police office, Sarah Dexter may not have found a hotel room for her and her friend Monday night. Dexter was one of many who was stranded at the Halifax Airport, after Flair Airlines, once again, cancelled flights.

According to Dexter and another stranded traveler, Rebecca Goodine, the police were called to the Halifax airport Monday night when at least one person got so upset with Flair that they started yelling and causing a scene.

One of the officers then stayed to help try and find hotels for the passengers, when the airline couldn’t do so.

“People were getting really upset,” recalls Goodine. “There was nothing violent or anything, but a guy was yelling, so a cop did come up and try to deescalate.”

“(A lone Flair employee) was the only one trying to call hotels, trying to get something set up for people. So, the police officer also tried calling hotels, which was very strange.”

Stephen Jones says much of the confusion stems from the fact that there is a shortage of vacancies at Halifax hotels now. He says the airline is still taking responsibility for not being prepared for the lack of available rooms.

“We could have understood ahead of time that there was limited accommodation available and being more prepared for the impact of the cancellation.”

Dexter was supposed to fly from Halifax to Kitchener/Waterloo in Ontario late Monday evening. But an afternoon email from Flair informed her that the flight was cancelled, due to “unforeseen maintenance.”

She and her friend drove to the Halifax airport anyway, because they were unable to get a hold of any Flair representatives on the phone. Once at the airport, the lineup was incredibly long at the Flair counter, with dozens of people looking to rebook their flights and find accommodations.

After waiting in line for roughly two hours, Dexter was told the next available flight to Kitchener/Waterloo wouldn’t be until Friday. Given that she was supposed to go back to work on Tuesday, this was not a good option.

“What happens if we come here Friday and the same thing happens?” Asks Dexter. “I don’t trust (Flair) to get us out of here at this point.”

According to Dexter, a Flair agent told her that a shuttle would take stranded passengers to a hotel for the night, but no email ever came. She also says the agent, who was working by herself through much of the chaos, could only find five available hotel rooms, which went to the elderly and people with small children first.

One of the Halifax police officers found Dexter and her friend at a hotel in Truro. While the cost of the hotel was taken care of (presumably by Flair), Dexter had to pay $120 out-of-pocket for the cab to Truro.  She will have to pay the same to get back to the airport on Tuesday. She will now have to submit her receipt to Flair in the hopes of being reimbursed.

Stephen Jones said customers should not be expected to pay out of pocket for transportation and accommodation.

“It varies from situation to situation but, no, as a standard practice we shouldn’t be asking people to pay $90 taxi fares to go to a different city to find a bed. We should be able to arrange transport and accommodation to meet all of the customers’ needs.”

Dexter and her friend will be able to leave Halifax Tuesday night because they chose to rebook through Air Canada, at a greater expense.

“The only reason we’re leaving is because we paid an arm and a leg for Air Canada tickets,” she said.

When asked if passengers would be reimbursed for buying new tickets on other airlines, Jones said it would depend on each individual situation.

“I want to look at them on a case-by-case basis…but we will do, not only what we’re obliged to do, we’ll do what’s right.”

Rebecca Goodine, however, will be staying with friends in Halifax for a few days. After her flight from Halifax to Montreal was cancelled on Monday. She says Flair told her they could fly her to Montreal next week, or she could accept a flight to Ottawa on Thursday – which she accepted.

“But then I was told there would be a shuttle to take us to this hotel and they didn’t say what hotel it was. So, a crowd started to gather for the hotel.”

Goodine said there was no shuttle and no hotel, so she ended up staying with friends in Halifax. In total, she spent ten hours at the airport. She also says Flair never gave her a food voucher, but instead got a water bottle, a Rice Krispy, a granola bar, and a pack of goldfish.